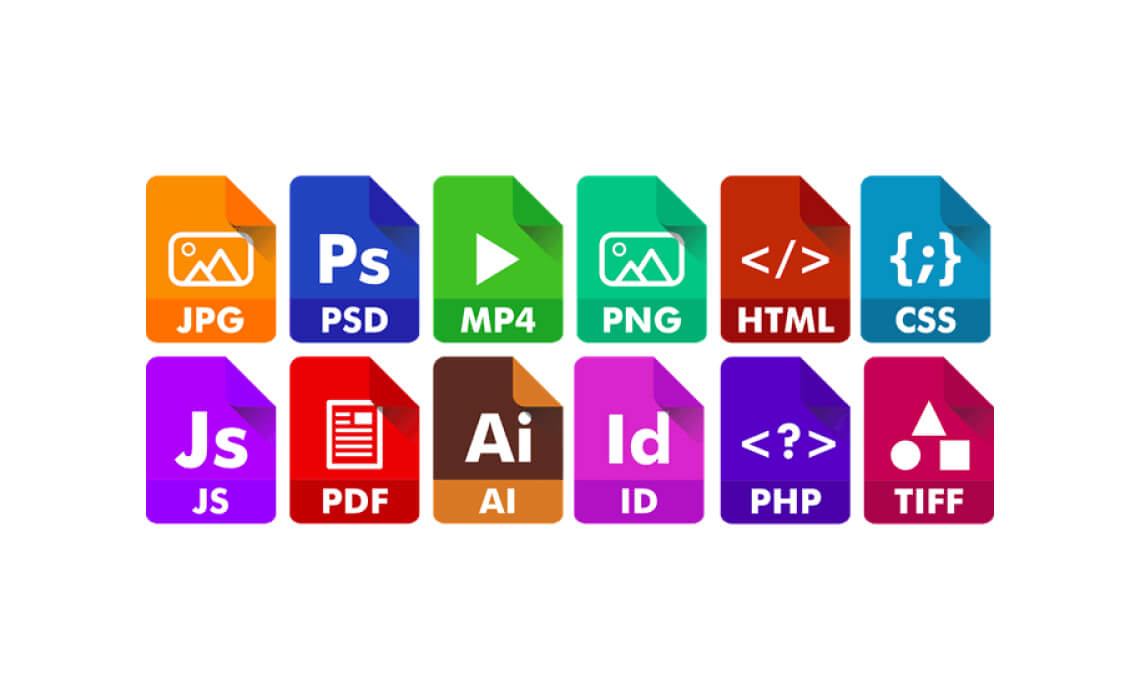 An image is the visual perception of a picture or a photograph that is copied or stored in its electronic form. An image can be accurately described in vector graphics or bitmap. An image map is a file that contains information about different locations with hyperlinks.

JPEGs are the most common image file types across the web. JPEGs are known for their compression ability in size. JPEGs can be used for web projects, Microsoft Office documents, or for projects that require high-resolution printing.

PNGs are interactive documents used on web pages but are nonprintable. You can edit a PNG image type and not lose quality, they are low resolution and you can save your image with more colours on a transparent background.

GIFs are mostly animated file types, and mostly found on Tumblr pages and banner ads. GIFs are a mixture of 256 RGB colours. This is a  file type for web projects where the image needs to load as quickly as possible. It’s almost like animated images combined to make a short few seconds video.

TIFF is a large bitmap file that doesn’t lose quality. In most cases, the original image data is maintained even if you often copy, re-save, or compress the original file. TIFF files are commonly used while saving photographs for printing.

PSDs are Adobe Photoshop files that are created and saved in the same software format. Adobe Photoshop is the most popular graphics editing software. The files in this software contain “layers” that make changes to the image much easier.

PDFs are software images invented by Adobe with the objective of reviewing and capturing some rich information from any particular application, onto any computer by anyone and anywhere. If you save your vector logo in PDF format, you can only view it but can’t edit it with any editing software. This assures security to your designs and important files.

INDDs (Indesign Document) are files created and saved in Adobe Indesign. It is used to create larger publications, such as newspapers, magazines, and eBooks. You can use both Illustrator and Photoshop files combined to enrich your content in Indesign.

RAW images are a non-processed image type that a picture inherits when it’s initially created. A freshly snapped photo is saved immediately in a raw file format. It’s only when you upload it on a device and edit it using image editing software that it is saved in other formats explained in this article.

Planning and Evaluating
Before you can start posting on social media, you need to have...

26 March 2020
Introduction to Social Media
You know what Social Media is, but do you know how you...