How to add keywords to an Ad Group? 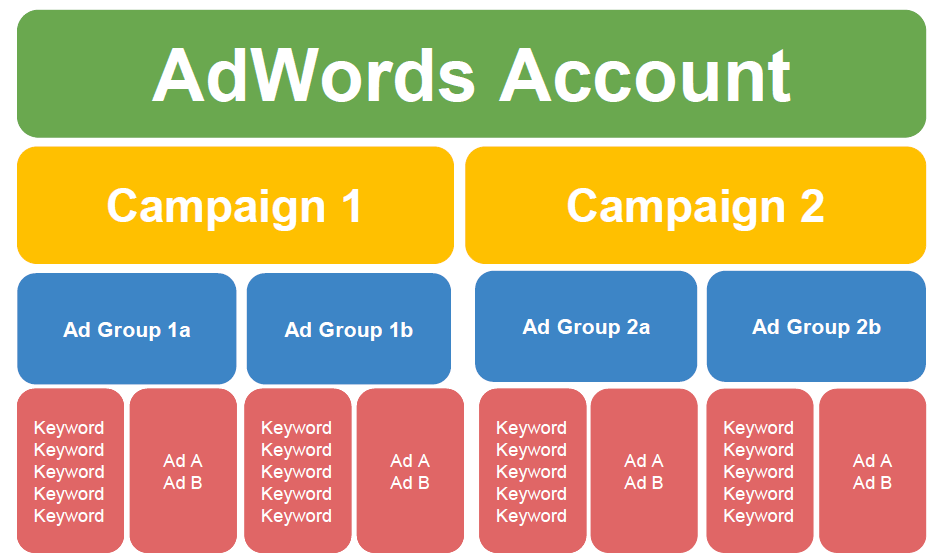 If you’ve read our previous post, you now know about the three different types of keyword lists. Now, let’s dissect these three lists in order to form keywords and organize them into groups. Each of these groups become our ad groups.

In the previous lesson, we used the Google Ads Keyword Planner to generate three lists of keywords relevant to “wireless chargers” based on the user’s search for those terms. The first list was words that reflected the strongest intent to buy, these are users towards the bottom of the decision-making funnel.

The second list was words that reflected users who are aware of or have some interest in wireless chargers or wireless charging technology. These users occupy the top level of the decision-making funnel. The final list is comprised of words that are not relevant for the product we’re selling.

When you target a keyword, you are targeting the terms the keyword can bring. As explained earlier, keywords have different match types to determine which search terms can trigger them. The broad modifier and phrase match types both target the same individual words but are set up such that more words can be targeted between and around them.

It is essential to examine these individual words to understand exactly what search terms you can get clicks from. Do this by taking individual words from the three lists that you made and make new lists for ‘roots’, ’attributes’ and ‘exclude’.

A ‘root word’ in a keyword is the actual product that is being sold while ‘attributes’ are modifiers to that word. You will use single words when listing your roots unless the product cannot be accurately described in a single word. In those instances, you can use two words, as is the case with ‘wireless chargers’.

Looking through the list, we’re also able to find other roots, such as:

If this is the case, add the word ‘car’ to the exclude list as we’ll want to add it as a negative keyword later to make sure your ads are not shown to anyone looking for these kinds of terms with the word ‘car’ in it. There are thousands of potential attributes for wireless chargers. You’re likely to find the most significant ones by looking through keywords that have search volume in a Google Keyword tool report.

Continue going through your Google list report and build a list of attributes, including possible exclusions to the “root” words that you identified earlier. Some attributes only work when paired with other words, such as ‘X’ with ‘iPhone’ so make sure you add them together. In this exclude list are elements of the search term ‘wireless padded bra’, an excellent example of how a two-word broad modifier such as ‘+wireless +pad’ can be triggered by a totally irrelevant term.

While you can list more attributes, I’m stopping in part because this is enough for the purpose of the lesson and because these are the most significant terms to start with. After a campaign goes up, you will need to check your search terms regularly to identify terms to add as attributes; negatives as well as those which deserve their own ad group.